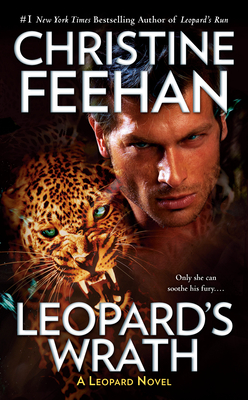 By Christine Feehan
$7.99
Email or call for price.

This is book number 12 in the A Leopard Novel series.

He’s a man who’s used to getting what he wants, but she’s not the type of woman to take things lying down.…

Born into a world of crime, Mitya Amurov has had a hard life, and his leopard has developed into a feral beast to protect him. It’s constantly trying to claw its way to the surface, until a chance encounter with a stranger instantly calms the predator inside him. While Mitya wants Ania desperately, it’s only a matter of time before his past catches up with him, and he’d rather die than put her in danger. But Ania is dealing with dangers of her own.…

Considering her family’s history, Ania Dover should know better than to get mixed up with a criminal like Mitya, but she just can’t stay away. Something wild in her responds to his presence. A need so strong it scares her. But she’s not sure she can accept what he’s offering. Ania has always been an independent woman, and Mitya expects to be obeyed in all things.

Even with her body calling out for his, Ania won’t let anything stop her from settling a deadly score years in the making—not even the man who wants to claim her as his mate.

Christine Feehan is the #1 New York Times bestselling author of the Carpathian series, the GhostWalker series, the Leopard series, the Shadow Riders series, and the Sea Haven novels, including the Drake Sisters series and the Sisters of the Heart series.