The Way of the Househusband, Vol. 6 (Paperback) 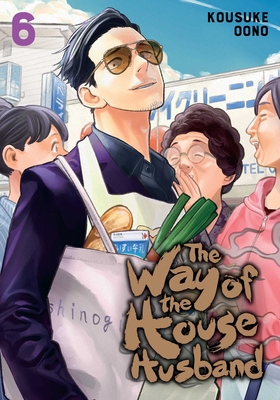 A former yakuza legend leaves it all behind to become your everyday househusband. But it’s not easy to walk away from the gangster life, and what should be mundane household tasks are anything but!

All of Tatsu’s hustling and networking since leaving the yakuza has earned him an offer he can’t refuse—an invitation to run with the women’s association, the movers and shakers of his neighborhood. But before he can be initiated, the Immortal Dragon must prove to the board’s heavyweights that he truly can hack it as a homemaker. It will be the greatest test of this househusband’s skills yet!

Kousuke Oono began his professional manga career in 2016 in the manga magazine Monthly Comics @ Bunch with the one-shot "Legend of Music." Oono’s follow-up series, The Way of the Househusband, is the creator’s first serialization as well as his first English-language release.