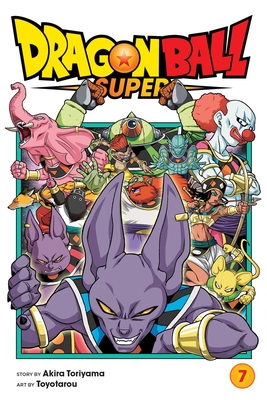 This is book number 7 in the Dragon Ball Super series.

The Tournament of Power is about to begin! Warriors from all the universes gather to fight for their lives and the lives of everyone in their universes! Many fighters are eliminated almost immediately while Goku tries to garner the attention of Universe 11’s strongest fighter, Jiren. But Jiren doesn’t seem to care one bit about Goku! Will Universe 7 survive?!