Fire In The Darkness (Hardcover) 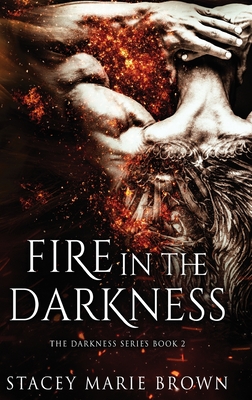 Ember discovers she is not only fae, but is one of the most feared type in existence-a Dae-considered an abomination among their kind. Her race is hunted down and killed because of their power.

After her magic causes an electrical storm which destroys Seattle, Ember is on the run, pursued by the both the light and dark fae.

The one she should fear the most is the sexy Dark Dweller who lied and betrayed her. Her enemy, Eli Dragen. His blood runs in her veins, creating a connection between them they can't ignore. And neither can outrun.

Ember knows she needs help, but she who can she trust? Torin, the Seelie Queen's personal knight, who has sworn to keep her safe, or Eli, a deadly Dark Dweller, who wants to trade her to the Unseelie King.

With a price on her head and a sexy Dark Dweller on her ass, she is constantly on the move.

Ember becomes a pawn in the war between the Light and Dark and no matter what she chooses she will probably lose...

Her life and everyone she loves.