In Their Own Words: The Democratic Party's Push For A Communist America (Paperback) 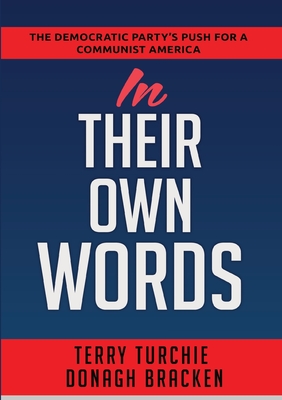 The alliance involving Russia, China, Cuba, and Iran is responsible for the resurrection of the ideology of communism across the globe. Under the guise of democratic socialism, an aggressive campaign is underway inside the United States, to incrementally move America in the same direction. The passionate advocates of democratic socialism include some of the key leaders of the Democratic Party.The underlayment of the ideology of communism is international solidarity. America is not immune from its reach. Democratic leaders view the Resistance movement of the 1970's as one of America's revolutions. They view the Resistance movement of today as its political equivalent. The Weather Underground and Black Panther Party recognized that the overthrow of America's Constitutional Republic would result in a temporary period of socialism-followed by communism. Communism went dormant after the collapse of the former Soviet Union. But years of rule by Vladimir Putin and his worldwide mischief-making, have brought it back to life. Venezuela's rule by so-called socialist Hugo Chavez was bolstered by international solidarity with sympathetic Americans and elected officials who viewed him as another in a long line of benevolent revolutionaries, in the image of Fidel Castro of Cuba. The Venezuelan experiment in democratic socialism was the talk of the liberal elite in America-until it wasn't.The consolidation of power by China's Xi Jinping, China's positions on Taiwan, its aggressive stance on continued economic freedom in Hong Kong, and a resurgence of China's relationship with Cuba and South America are intended to further its global ambitions.The development of relationships with the ayatollahs who rule Iran proves the importance of international solidarity in furthering the ideology of communism. Russia, China, Cuba, and Iran are the modern version of President Ronald Reagan's "axis of evil," from the 1980s. They are looking to establish a home base inside the United States. Communism, Marxism, globalism, have resurrected and reinvented themselves in the pursuit of absolute power. Just like the 1980's, America is the primary target.The spreading of the deceptive message of democratic socialism to a generation that never faced communism and doesn't understand its insidious nature goes unabated.This book connects the past to the present. It offers a plan to protect America's future. The information in it is from real people who stood on the front lines of the Cold War. They were real actors in the 1980's "decade of the spy", and understand the inner workings of Russian, Chinese, Cuban and Iranian espionage in America. 7.This book presents the evidence showing the penetration of the Democratic Party by political revolutionaries promoting democratic socialism, as a cover for the ideology of communism. The proof lies in their own words.