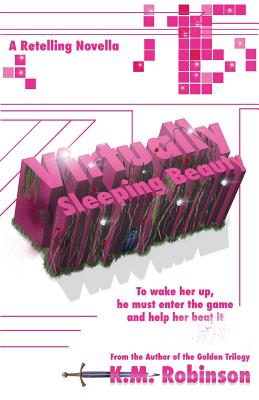 She may be doing battle in the virtual world, but in the real world, they can't wake her up...

All Rora wants is to help people as class president, give her time to local charities, and quietly earn her way to the top level of the virtual reality system that the entire country uses without anyone noticing she's the second best player in the game.

All Royce wants to do is level up as a knight inside the gaming system, slay dragons, and eventually play his way to controlling the palace as he takes the crown away from the reigning queen.

When his Aunt Perry calls him, hysterically screaming that her goddaughter, Rora, has been inside for more than the four hours the game allows, Royce rushes over to help.

Entering the game, Royce soon discovers that Rora is trapped inside the system after an encounter with an evil magician who can change forms inside the game and control the virtual world. If he and his friend can't help her beat the game, she might not be able to wake up in the real world at all.

When virtual knights and princesses meet to slay dragons and defeat evil rulers, there's nothing stopping them from suffering real-world consequences too.

To wake her up, he must enter the game and help her beat it.