We've Got People: From Jesse Jackson to Alexandria Ocasio-Cortez, the End of Big Money and the Rise of a Movement (Paperback) 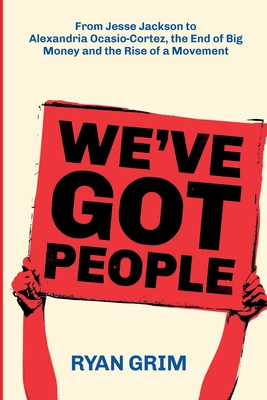 We've Got People: From Jesse Jackson to Alexandria Ocasio-Cortez, the End of Big Money and the Rise of a
Movement is the first book-length treatment of the roots and rise of Alexandria Ocasio-Cortez, tracing the
movement that propelled her back to the 1988 presidential campaign of Jesse Jackson and the Rainbow
Coalition -- a year before she was born. That campaign stunned the Democratic Party by coming within inches
of winning the nomination. One of the few white progressives to endorse the campaign early was Burlington
Mayor Bernie Sanders; Ocasio-Cortez, in 2016, would volunteer for his presidential campaign. Veterans of the
Sanders campaign then formed the organization that recruited Ocasio-Cortez to run for Congress, and backed
her and her squad to the hilt. At every step, the movement was in conflict with the centrist wing of the party,
and the book, jam-packed with new revelations, explores how each shaped each other, and how that 30-year
war shapes the fight playing out today.