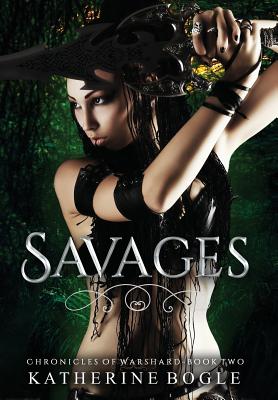 By Katherine Bogle
$24.99
OUT OF STOCK - Available To Order

This is book number 2 in the Chronicles of Warshard series.

Daughter of Chief Ruin, Breen is one of the most fearsome warriors in the Southern Delica Tribe, but nothing can stop the Emperor from reaping the Savage Lands for soldiers.

When her village is attacked, Breen is taken from her home and her family to the Seaburn Academy, where southern savages are broken and chained into a life of service to the Empire. Through the beatings and torture, Drakkone, one of the few Seaburn-born soldiers, brings solace to her days and gives her hope for the future.

Once freed of the Academy dungeons, Breen is sentenced to daily training between her plots for escape. But one night of unexpected passion turns into a problem bigger than either of them could have imagined.

Breen and Drakkone must risk capture and flee the city or death might be a blessing compared to eternal imprisonment.