Our Man in Vienna (Paperback) 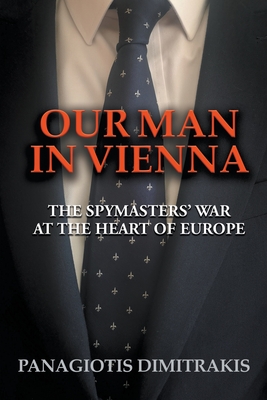 Vienna, located at the heart of Europe was the city of choice for American, British, German and Russian spymasters in their merciless trade, to plot against one another and steal secrets. For the first time a book is dedicated to the secret stories of spymasters, their tradecraft and secret sources from the end of the World War I, the Interwar with the rise of Nazis to the Second World War and the Cold War. The rich of culture and music Vienna hid a labyrinth of spies and dissidents in the interwar period, and a powerful Gestapo presence during the war meant that the Office of Strategic Services and British intelligence could not deploy operatives in Austria in general. In postwar, a few young American and British intelligence officers pitted their wits against hundreds of seasoned Russian operatives of the NKVD and their thousands of informers. and the secret truth was that both Russian and Allied intelligence services employed members of the Nazi intelligence services just upon the defeat of Germany in 1945 and the occupation of Austria.