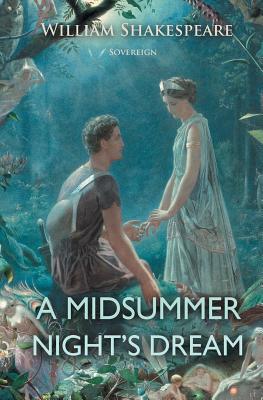 By William Shakespeare
$12.99
OUT OF STOCK - Available To Order

One of Shakespeare's most popular works, A Midsummer Night's Dream is a comedy play following events surrounding marriage of the Duke of Athens, Theseus, and Hippolyta. The play is set in a forest where several young Athenian lovers and a group of six amateur actors are being controlled and manipulated by the fairies inhabiting the forest.

William Shakespeare, an English poet and playwright, widely regarded as the greatest writer in the English language and the world's pre-eminent dramatist. His plays have been translated into every major living language and are performed more often than those of any other playwright.