The House That Didn't End (Paperback) 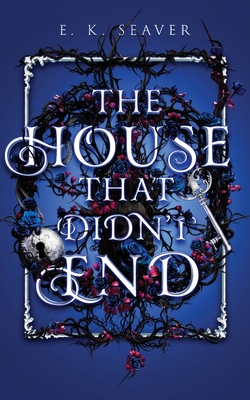 Nothing, not even the creepy house in the woods, can dissuade Ly O'Dare from finishing this scavenger hunt. Where else can a broke seventeen-year-old get enough money to finance her art endeavors and start a business?

Even being snowed in with a sarcastic stranger isn't too bad, and as long as he is helping her find the hidden staircase, she'll tolerate his quips.

Jackson Evergreen's quest was something he had been preparing for his entire life. And now he's finally at the end of it, so close to saving the world when he gets snowed in with a bubbly blonde named Ly. The house is more dangerous than either of them prepared for, though, and Jackson's suddenly thrust into a situation he didn't intend to get in and is falling for a girl he only just met.

One thing they know for sure, however, in this house, nothing is what it seems.