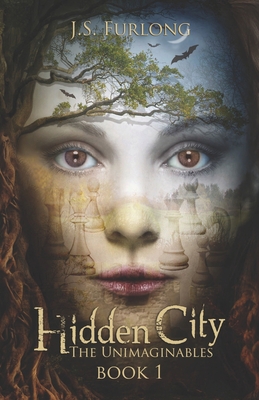 Teacher & reader recommended YA series Teachers call Hidden City "Engaging," and "Delightful " Readers say "I couldn't put it down " Stacy is "A heroine I wish I was friends with," and the story is "A rockin' good time " A must read for fans of Supernatural, The Queen's Gambit and old school Buffy: The Vampire Slayer.

Hidden City is addictive, modern fantasy at its most enjoyable. Thought-provoking and entertaining with a cast of diverse and honest characters who mix coming of age heart with supernatural action, Hidden City satisfies and "totally delivers " This debut novel is a suspenseful dip into the supernatural world underlying the reality we see every day. Fresh. compelling and page turning, this book is a gem.

Stacy Goldman is a garden-variety Jewish girl from New York. Except she's a chess champion. And she doesn't believe in anything she can't prove. Especially monsters.

When Stacy moves from NYC to Richmond, Virginia in the wake of 9/11, she enrolls in the academically aggressive St. Ignatius Prep in order to graduate early and get home to New York. At St. Ig's, she falls in with two other outsiders, Finder, the only Black girl and owner of the highest GPA in school and her white boyfriend, Tully, a vegetarian fencer and rugby star with a secret even Finder doesn't know.

After Stacy interrupts a strange attack outside a diner, Finder & Tully reveal Richmond's biggest secret - the city is home to a supernatural subculture run by a monster as old as the city itself. Ruled by logic and strategy, but having seen something she can't explain, Stacy struggles with what is real and what is not, including her own faith.

When an alleged supernatural creature comes to Stacy needing help to defend himself and his children from the city's cruel and manipulative vampire leader, she employs her undeniable chess prowess and must discover her own untapped belief in the unimaginable to save not only his life but those of herself and her friends.