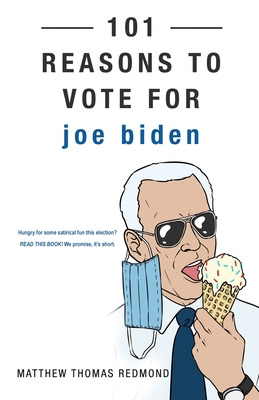 By Matthew Thomas Redmond
$10.95
OUT OF STOCK - Available To Order

The 2020 Presidential Election Campaigns are in full swing. In the red corner, we have the indomitable, Donald J. In the blue corner, we have Joe Biden. Make no mistake about it, this will be the most volatile and important election in the history of the United States of America. Too much is on the line?

Let's take a look at some of President Trump's accolades:

- Best Economy EVER in the history of the United States.

- The country is the most secure it's ever been from illegal immigrants.

- Lowest unemployment rates ever for Blacks, Hispanics, and every other minority group.

- He's given the most, in terms of funds, to black colleges.

- He's given the most, in terms of funds, to women entrepreneurs.

- He's brokered peace in the middle east - a historic, global achievement that should earn him the Nobel Peace Prize

- He stopped travel from China to stop the spread of Covid-19 even though the Democrats called him a racist.