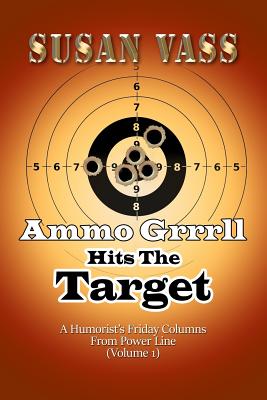 The best political weapon is ridicule, and no one exposes the left's buffoonery and pretensions as PowerLine columnist Susan Vass has been doing once a week in the scathing, pointed and hilarious columns she writes under her pseudonym "Ammo Grrrll." This is Book 1 in the series which starts off with a BANG. There are incisive political columnists and there are humorists; it is a rare talent that can combine humor and politics especially in an era where divisiveness is the order of the day. But, this book targets long-term marriage, senior moments, weight control, an epic Amtrak train trip from Minneapolis to Palm Springs, and also takes aim at political correctness in all its invidious forms, attacks on poor Math-challenged Barbie, and the absurd contention that terrorists do what they do because they don't have good jobs. Take a trip down memory lane in the Obama era with Ammo Grrrll and watch her hit the bulls-eye every time.