The Finger of God (Paperback) 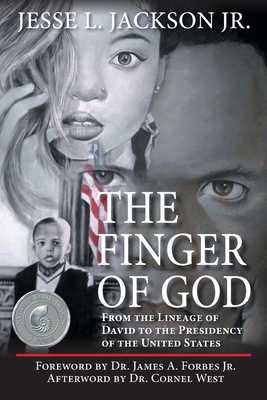 Let me offer an early disclaimer. I know exactly who the Founders were. I know exactly the crimes against humanity that they were responsible for and those they inherited and were not responsible for. I do not spend time extolling the virtues of Mr. Jefferson, Mr. Adams, Mr. Franklin, and Mr. Madison. Nothing in this work or in my experiment (my life's work) can change the fact or alter the history of the debasement of humanity that preceded the Declaration of Independence (1776), the Constitution (1787), and the Bill of Rights (1791) they were a part of and the obvious fact that the major accomplishment of the Founders' theories about self-government did not apply to African Americans and Native Americans, women, and specifically Black women in their thinking.
Still, there exists in their theological imagination infinite hope for their experiment. This work seeks to identify the evidence that shows and suggests that some of them were aware of a grand architectural experiment and design for the nation and its future.
Every cracked, broken, and imperfect vessel can be used to bring forward hope. I am a personal witness to this fact of human existence.