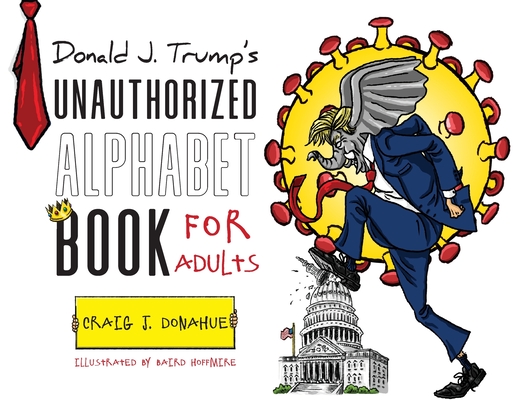 By Craig J. Donahue, Baird Hoffmire (Illustrator)
$17.99
OUT OF STOCK - Available To Order

This highly humorous and timely illustrated satire is structured like a children's book, but it is definitely for adults. An elephant with Trumplike hair and a red tie introduces each letter of the alphabet, which incorporates a word or phrase in a critical observation about Donald Trump's behavior or policies. Some of the statements poke fun at Trump; some are deadly serious. Others are intended to push his buttons. A handful of letters have more than one entry. For example, a whole page is devoted to William Barr, one to Mitch McConnell, and one to Mike Pence. Included in the alphabet are also people Trump has wronged, and some pages praise individuals Trump dislikes, such as Mitt Romney, Greta Thunberg, John Lewis and John McCain.

The core message of the book is to urge readers not to forget all the awful things Donald Trump has done to this country, and to encourage everyone to vote him out of office come November.