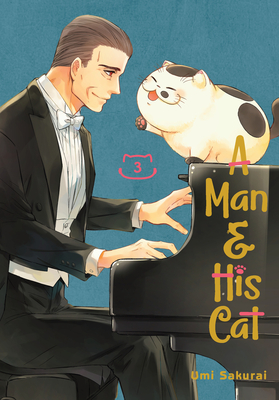 This is book number 3 in the A Man and His Cat series.

The top manga launch in Japan in the first half of 2018, A Man and His Cat was also voted one of the top ten manga of 2018 by Japanese bookstore employees nationwide. Having won hearts and topped charts in Japan, this hotly anticipated series about an older gentleman and his unique, adorable cat is available in English for the first time!

Fukumaru's in the hospital and in big trouble! This turn of events leaves Mr. Kanda in big trouble too, emotionally speaking. Both the man and the cat know what it's like to be lonely, and as the days pass in a whirl, the reason Mr. Kanda weeps from time to time gradually becomes clear...