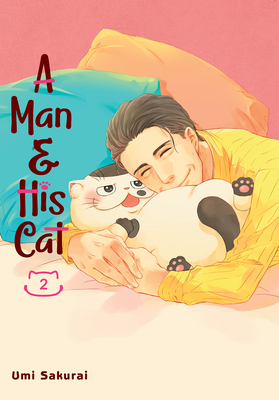 This is book number 2 in the A Man and His Cat series.

The top manga launch in Japan in the first half of 2018, A Man and His Cat was also voted one of the top ten manga of 2018 by Japanese bookstore employees nationwide. Having won hearts and topped charts in Japan, this hotly anticipated series about an older gentleman and his unique, adorable cat is available in English for the first time!

His days as an unwanted, overlooked piece of merchandise a distant memory, Fukumaru is now well and truly Mr. Kanda's cat. He's gained a lot in the process, not least of which is his very own name! But Fukumaru isn't the only one getting something out of this relationship. First-time pet owner Mr. Kanda is finding his new life with Fukumaru to be full of surprises and delights. And Fukumaru's influence makes time, which had come to a standstill for Mr. Kanda, move again...