My Status as an Assassin Obviously Exceeds the Hero’s (Manga) Vol. 1 (Paperback) 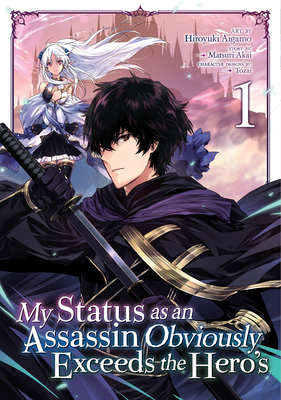 Transported to a fantasy world for a roguish new take on the isekai genre!

When Akira’s class is magically summoned to another world, he and his classmates are awarded fantastical powers–but while one of them is lucky enough to become a true Hero, Akira becomes a mere Assassin. However, against all odds, the Assassin just might be the most powerful role of all! Harboring doubts about the intentions of the king, Akira uses his newfound strength as a master of the shadows to uncover the secrets and conspiracies of the crown.

Matsuri Akai is a Japanese author best known for the light novel and manga series My Status as an Assassin Obviously Exceeds the Hero’s.

Hiroyuki Aigamo is a Japanese artist best known for the manga adaptations of Accel World and My Status as an Assassin Obviously Exceeds the Hero’s.