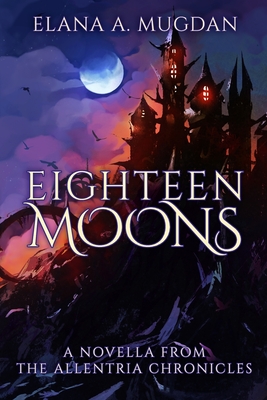 EIGHTEEN MOONS is a companion novella in The Shadow War Saga.

This gritty tale of survival and hope follows Keriya's friends during the eighteen months covered in the main novel, DRAGON BLOOD. It is meant to be read before Book IV of the Saga, DRAGON WAR.

The dragon is dead.

So is his Speaker.

Keriya Soulstar failed to defeat Necrovar. She was consumed in the fires of Mount Arax. With her gone, the Shadow has returned to Allentria to claim victory in the war he started ten ages ago.

Keriya's death ushers in a reign of terror as Necrovar seizes power. Her surviving friends are scattered across the continent, each one dealing with the fallout-and their traumas-differently. If they want to survive in a world ruled by Necrovar, they'll first have to master their fears...and learn to process their grief.