The Blood of an Englishman Lib/E: An Agatha Raisin Mystery (Compact Disc) 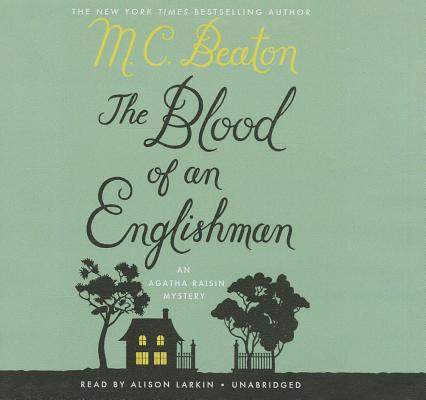 This is book number 25 in the Agatha Raisin series.

In this irresistible new mystery from New York Times bestselling author M. C. Beaton, the adorably cranky Agatha Raisin investigates when a local baker is murdered while performing in a seemingly harmless pantomime.

Even though Agatha Raisin loathes amateur dramatics, her friend Mrs. Bloxby, the vicar's wife, has persuaded her to support the local pantomime. Stifling a yawn at the production of Babes in the Woods, Agatha watches as the baker, playing an ogre, struts and threatens on the stage. Then a trapdoor opens ... followed by a scream and then silence.

Surely this isn't the way the scene was rehearsed? When it turns out the popular baker has been murdered, Agatha puts her team of private detectives on the case. They soon discover more feuds and temperamental behavior in amateur theatrics than in a professional stage show--and face more and more danger as the team gets too close to the killer.

The Blood of an Englishman is Agatha's twenty-fifth adventure, and you'd think she would have learned by now not to keep making the same mistakes. Alas, no--yet Agatha's flaws only make her more endearing. In this sparkling new entry in Beaton's New York Times bestselling series of modern cozies, Agatha Raisin once again manages to infuriate, amuse, and solicit our deepest sympathies as we watch her blunder her way boldly through another murder mystery (Bookreporter.com).