Closing of the American Mind: How Higher Education Has Failed Democracy and Impoverished the Souls of Today's Students (Paperback) 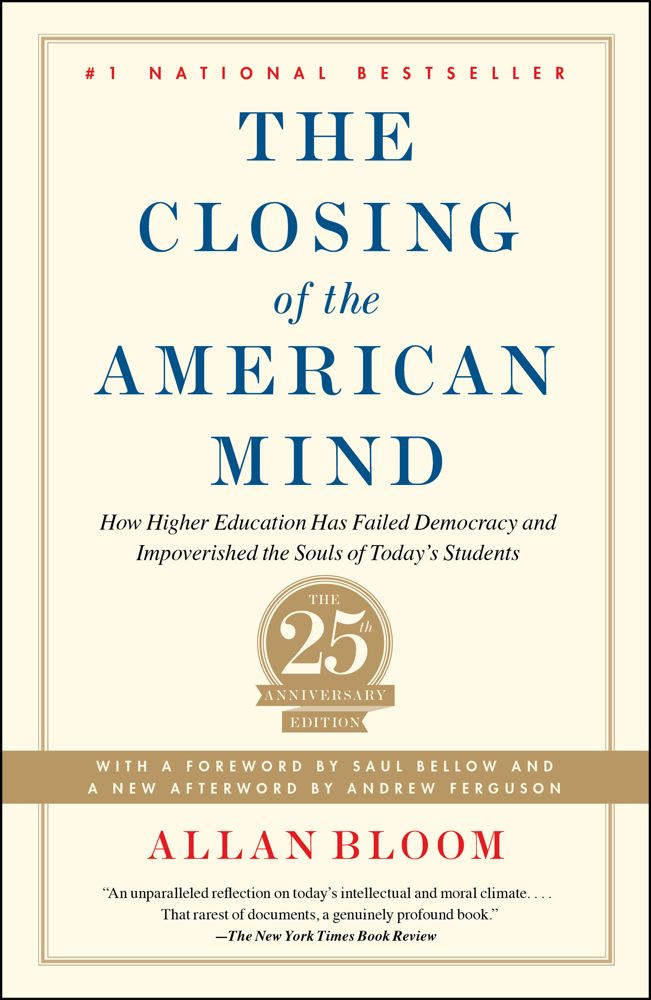 The brilliant, controversial, bestselling critique of American culture that “hits with the approximate force and effect of electroshock therapy” (The New York Times)—now featuring a new afterword by Andrew Ferguson in a twenty-fifth anniversary edition.

In 1987, eminent political philosopher Allan Bloom published The Closing of the American Mind, an appraisal of contemporary America that “hits with the approximate force and effect of electroshock therapy” (The New York Times) and has not only been vindicated, but has also become more urgent today. In clear, spirited prose, Bloom argues that the social and political crises of contemporary America are part of a larger intellectual crisis: the result of a dangerous narrowing of curiosity and exploration by the university elites.

Now, in this twenty-fifth anniversary edition, acclaimed author and journalist Andrew Ferguson contributes a new essay that describes why Bloom’s argument caused such a furor at publication and why our culture so deeply resists its truths today.

Allan Bloom was Professor in the Committee on Social Thought and the College and co-director of the John M. Olin Center for Inquiry into the Theory and Practice of Democracy at the University of Chicago. He taught at Yale, University of Paris, University of Toronto, Tel Aviv University, and Cornell, where he was the recipient of the Clark Teaching Award in 1967. He died in 1992.

Andrew Ferguson, a senior editor at the Weekly Standard, is the author of Fools’ Names, Fools’ Faces, a collection of essays, and Land of Lincoln, named by the Wall Street Journal and the Chicago Tribune as a Favorite Book of the Year. Formerly a senior writer for the Washingtonian magazine, he has been a contributing editor to Time magazine, as well as a columnist for Fortune, TV Guide, Forbes FYI, National Review, Bloomberg News, and Commentary. He has also written for the New Yorker, New York magazine, the New Republic, the American Spectator, the Los Angeles Times, the New York Times, the Washington Post, and many other publications. In 1992, he was a White House speechwriter for President George H.W. Bush. He lives in suburban Washington, D.C., with his wife and two children.

“Brilliant. . . . No other book combines such shrewd insights into our current state. . . . No other book is at once so lively and so deep, so witty and so thoughtful, so outrageous and so sensible, so amusing and so chilling. . . . An extraordinary book.”
— William Kristol

“Rich and absorbing. . . . A grand tour of the American mind."
— The Washington Post