Deadly Force - Understanding Your Right to Self Defense (Paperback) 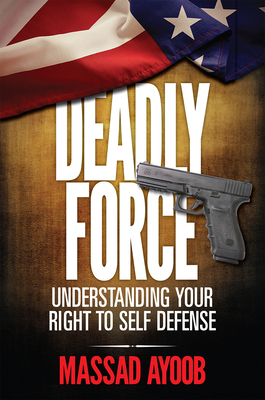 In a long-awaited update of the world's most authoritative work on the subject, Massad Ayoob draws from an additional three decades of experience to educate responsible firearms owners about the legal, ethical, and practical use of firearms in self defense-the armed citizens' rules of engagement.

Massad Ayoob has published thousands of articles in gun magazines, martial arts publications, and law enforcement journals, and authored more than a dozen books on firearms, self-defense, and related topics.During his distinguished career, Ayoob has won several state and regional handgun shooting championships, appeared as an expert witness for courts in weapons and shooting cases, and currently appears in numerous television shows. He founded the Lethal Force Institute in 1981 and served as its director until 2009, and now trains through Massad Ayoob Group.