Beauty in the City: The Ashcan School (Excelsior Editions) (Hardcover) 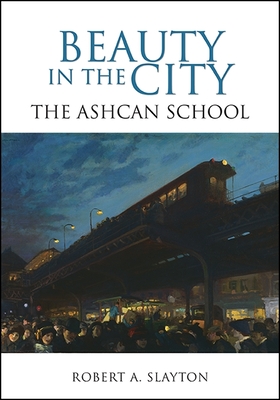 Gold Medalist, 2018 Independent Publisher Book Awards in the US Northeast -Best Regional Non-Fiction Category
Finalist for the 2017 Foreword INDIES Book of the Year Award in the Regional category
Silver Winner, 2017 Foreword INDIES Book of the Year Awards in the History category At the beginning of the twentieth century the Ashcan School of Art blazed onto the art scene, introducing a revolutionary vision of New York City. In contrast to the elite artists who painted the upper class bedecked in finery, in front of magnificent structures, or the progressive reformers who photographed the city as a slum, hopeless and full of despair, the Ashcan School held the unique belief that the industrial working-class city was a fit subject for great art. In Beauty in the City, Robert A. Slayton illustrates how these artists portrayed the working classes with respect and gloried in the drama of the subways and excavation sites, the office towers, and immigrant housing. Their art captured the emerging metropolis in all its facets, with its potent machinery and its class, ethnic, and gender issues. By exposing the realities of this new, modern America through their art--expressed in what they chose to draw, not in how they drew it--they created one of the great American art forms.

Robert A. Slayton is Henry Salvatori Professor of American Values and Traditions at Chapman University. He is the author of several books, including Empire Statesman: The Rise and Redemption of Al Smith.