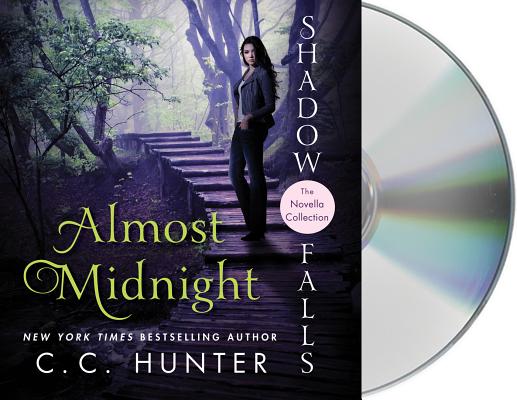 By C. C. Hunter
Email or call for price.
Hard to Find - Email or Call for Availability

A vampire and a werewolf who never fit in. A witch whose spells don't always work as planned. And a mysterious new guy who's hiding something. Together they will discover who they're meant to be...

Hidden from the human world, Shadow Falls is a secret camp for teens with supernatural powers. But for four very different teens, it's much more than just a camp-it's where their destinies will unfold.

Independent and strong-willed Della Tsang didn't believe in vampires...until she became one. Chase Tallman is the newest member of Shadow Falls, but what made him into the sexy, mysterious vampire he is today? And what led him to Della Tsang? For Miranda Kane, magic has always been something she's struggled with-until she finally has a chance to prove herself a witch to be reckoned with. And for Fredericka Lakota, the one guy who challenges her the most will lead her to the life she's always wanted.

C. C. Hunter's New York Times bestselling Shadow Falls series captured hearts all over the world. Now this audiobook compilation of enchanting novellas, including the previously released Unbreakable, will reveal a side of the camp that you've never seen before...and live in your heart forever.

C.C. Hunter is the author of the young adult fantasy series Shadow Falls, including the books Born at Midnight and Awake at Dawn. She grew up in Alabama, where she caught lightning bugs, ran barefoot, and regularly rescued potential princes, in the form of Alabama bullfrogs, from her brothers. Today, she's still fascinated with lightning bugs, mostly wears shoes, but has turned her focus to rescuing mammals. She now lives in Texas with her four rescued cats, one dog, and a prince of a husband, who for the record, is so not a frog. When she's not writing, she's reading, spending time with her family, or shooting things--with a camera, not a gun. C.C. Hunter is a pseudonym. Her real name is Christie Craig and she also writes humorous romantic suspense romance novels.

“Filled with action, this collection will knock you off your feet!” - RT Book Reviews

“Fans will appreciate the new background information for all four [characters]... Works as a series introduction or continuation for fans.” - Kirkus Reviews