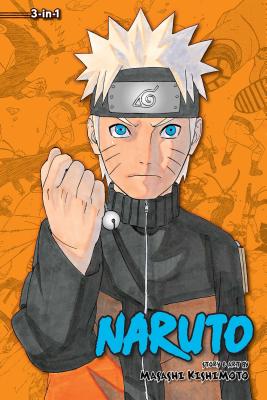 Naruto’s friends are tested as an attempt to overthrow Tsunade begins and they must all fight—or fall. Pain commences with the final destruction of Konoha, and Naruto and the Toads prepare to take him on in battle. Naruto inches ever closer to discovering Pain’s true identity, but is it worth it now that he’s morphing into the dreaded Nine Tails? Then, an unexpected confession reveals incredible secrets about his past as Naruto prepares for the ultimate battle with Pain. Can the chakra-challenged Naruto win when one misstep could spell disaster?