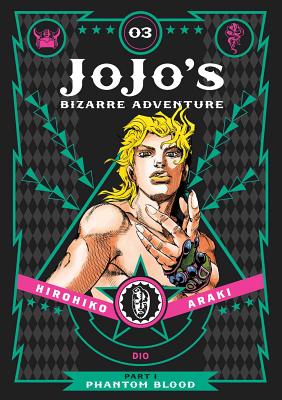 The conclusion of the Phantom Blood Arc! Jonathan Joestar and his mentor Zeppelli continue their pursuit of the villainous vampire, Dio! But to get to him, they must first face down his murderous henchmen! In battle after bloody battle, JoJo and Zeppeli are pushed to their limits and beyond!