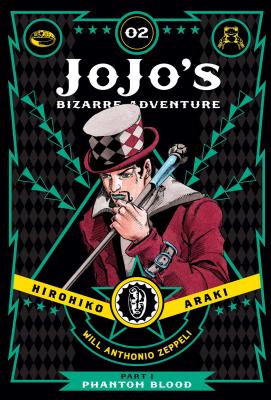 By Hirohiko Araki
$19.99
OUT OF STOCK - Available To Order

This is book number 2 in the JoJo’s Bizarre Adventure: Part 1--Phanto series.

As if Dio wasn't diabolical enough, now he's an immortal vampire with incredible strength! But Jonathan Joestar's not one to back down, even when it seems like victory is impossible! It's a classic battle! Good versus evil! Grit and determination against power and arrogance! Who will win?!