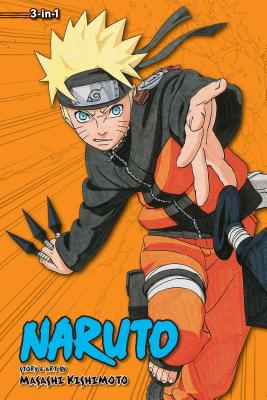 It’s been two years since Naruto left to train with Jiraiya, and his first mission sends him to the Hidden Sand to help rescue Gaara. As both Gaara and Naruto come face to face with the Akatsuki, Sakura takes her place at the front of the fight to save them. With Granny Chiyo at her side, she must battle Sasori, who can create golems from the undead. But Granny Chiyo is a puppet master too—only it could be Sakura’s strings she’s pulling!