Self-Reliance and Other Essays (Paperback) 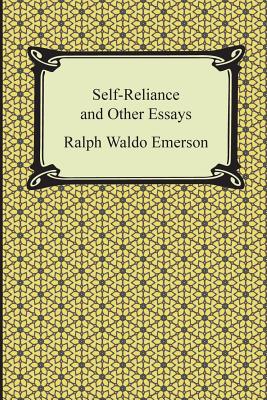 Follow the thoughts of essayist, poet and American Transcendentalism founder Ralph Waldo Emerson as he discovered his own belief system in the anthology "Self-Reliance and Other Essays." In "Self-Reliance," Emerson explained that standing on one's own two feet against society was essential to forming a strong union with God. Once this essay was published, it received both wild praise and hurtful backlash from different factions of America. However, Emerson pushed through the negative criticism, stood against the crowd, and found himself stronger in his faith than he ever had before. Emerson found that self-reliance, no matter the situation, would always help the individual persevere and become stronger. Because Emerson wrote for the common man, many of his essays and poems are relatively simple and straight-forward; he wanted audiences to understand his thoughts and identify with his beliefs. He also wanted to wake them up from the conventional modern life that he believed had often placated them. Emerson's writings were meant to help the reader transcend to a more thoughtful mindset. His essays discuss themes of philosophy, poetry, history, politics, ethics, and literary criticism, all of which helped break people from what he believed were their mediocre lives. He saw that humanity could become stronger as a whole if people would take the steps to make themselves and their minds stronger. The texts in "Self-Reliance and Other Essays" will not only inspire readers, but they will inspire self-examination and evaluation as well.