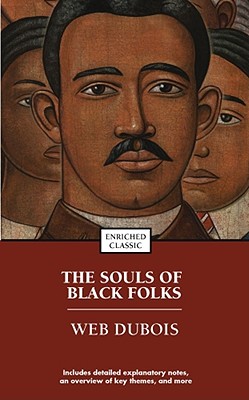 Enriched Classics offer readers accessible editions of great works of literature enhanced by helpful notes and commentary—each book includes educational tools alongside the text, enabling students and readers alike to gain a deeper and more developed understanding of the writer and their work.

With a dash of the Victorian and Enlightenment influences that peppered Du Bois’s impassioned yet formal prose, the largely autobiographical chapters of The Souls of Black Folks take the reader through the momentous and moody maze of Afro-American life after the Emancipation Proclamation: from poverty, the neo-slavery of the sharecropper, illiteracy, miseducation, and lynching, to the heights of humanity reached by the spiritual “sorrow songs” that birthed gospel music and the blues. The capstone of The Souls of Black Folk is Du Bois’s haunting, eloquent description of the concept of the black psyche’s “double consciousness,” which he described as “a peculiar sensation...One ever feels this twoness—an American, a Negro; two souls, two thoughts, two unreconciled strivings; two warring ideals in one dark body, whose dogged strength alone keeps it from being torn asunder.”

Enriched Classics enhance your engagement by introducing and explaining the historical and cultural significance of the work, the author’s personal history, and what impact this book had on subsequent scholarship. Each book includes discussion questions that help clarify and reinforce major themes and reading recommendations for further research.

William Edward Burghardt Du Bois (1868–1963) is the greatest of African American intellectuals—a sociologist, historian, novelist, and activist whose astounding career spanned the nation's history from Reconstruction to the Civil Rights Movement. Born in Massachusetts and educated at Fisk, Harvard, and the University of Berlin, Du Bois penned his epochal masterpiece, The Souls of Black Folk, in 1903. It remains his most studied and popular work; its insights into Negro life at the turn of the 20th century still ring true.