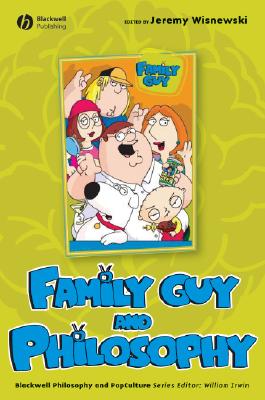 This is book number 9 in the Blackwell Philosophy and Pop Culture series.

Family Guy and Philosophy brings together low-brow, potty-mouthed, cartoon humor and high-brow philosophical reflection to deliver an outrageously hilarious and clever exploration of one of TV's most unrelenting families. Ok, it's not that high-brow.

J. Jeremy Wisnewski is Assistant Professor at Hartwick College. He is the author of Wittgenstein and Ethical Inquiry: A Defense of Ethics as Clarification (2007) and The Politics of Agency: Toward a Pragmatic Approach to Philosophical Anthropology (2008). He is also the editor of The Office and Philosophy (Blackwell, 2008).