A Golden Fury: A Novel (Paperback) 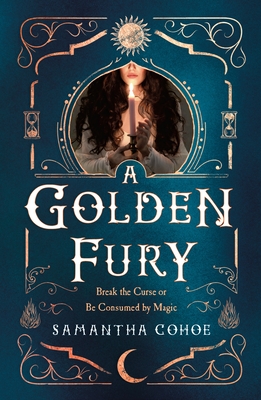 In her debut novel A Golden Fury, Samantha Cohoe weaves a story of magic and danger, where the curse of the Philosopher’s Stone will haunt you long after the final page.

Thea Hope longs to be an alchemist out of the shadow of her famous mother. The two of them are close to creating the legendary Philosopher’s Stone—whose properties include immortality and can turn any metal into gold—but just when the promise of the Stone’s riches is in their grasp, Thea’s mother destroys the Stone in a sudden fit of violent madness.

While combing through her mother’s notes, Thea learns that there’s a curse on the Stone that causes anyone who tries to make it to lose their sanity. With the threat of a revolution looming, Thea is sent to live with the father who doesn’t know she exists.

But there are alchemists after the Stone who don’t believe Thea’s warning about the curse—instead, they’ll stop at nothing to steal Thea’s knowledge of how to create the Stone. But Thea can only run for so long, and soon she will have to choose: create the Stone and sacrifice her sanity, or let the people she loves die.

Samantha Cohoe writes historically-inspired young adult fantasy. She was raised in San Luis Obispo, California, where she enjoyed an idyllic childhood of beach trips, omnivorous reading, and writing stories brimming with adverbs. She currently lives in Denver with her family and divides her time among teaching Latin, mothering, writing, reading, and deleting adverbs. A Golden Fury is her debut novel.