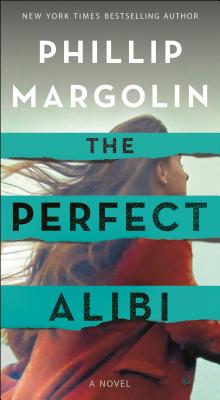 This is book number 2 in the Robin Lockwood series.

An impossible case. A killer secret. And a lawyer who will not rest until she finds the truth…

When a young woman accuses college-football superstar Blaine Hastings of sexual assault, the DNA evidence against him is overwhelming. Yet the athlete swears his innocence and threatens both his lawyer and his accuser. When a second attack occurs, DNA findings once again point to Hastings. The only problem? Hastings was in prison when the crime was committed.

“The pacing is impeccable.” —Booklist

Soon Hastings is granted a new trial and bail. Then his original lawyer disappears—and his law partner is found dead. Who is behind these crimes—and who will be the next target? These are the questions that Robin Lockwood, a young lawyer and former MMA fighter, intends to answer. She is representing the victim of the first attack, who is convinced that Hastings is stalking her. Is he the one behind these acts of intimidation? Meanwhile, another one of Robin’s clients is up on a murder charge—one that should be dismissed as self-defense but is being brought to trial. Is there a link between these two cases? Now Robin must find a way to see that justice is served…and not end up a victim in the process.

“Packed with surprises all the way to the end.”—Fresh Fiction

“Legal-thriller fans will find it satisfying to see Margolin back at the top of his game…his writing has regained its stylistic flourishes, and his pacing is impeccable.” —Booklist