The Bark River Chronicles: Stories from a Wisconsin Watershed (Paperback) 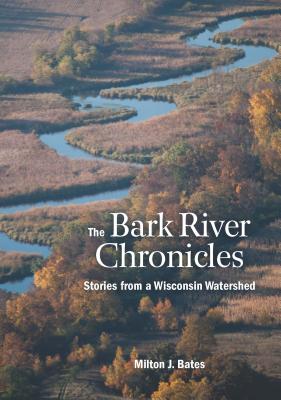 The Bark River valley in southeastern Wisconsin is a microcosm of the state's - indeed, of the Great Lakes region's - natural and human history. "The Bark River Chronicles" reports one couple's journey by canoe from the river's headwaters to its confluence with the Rock River and several miles farther downstream to Lake Koshkonong. Along the way, it tells the stories of Ice Age glaciation, the effigy mound builders, the Black Hawk War, early settlement and the development of waterpower sites, and recent efforts to remove old dams and mitigate the damage done by water pollution and invasive species.
Along with these big stories, the book recounts dozens of little stories associated with sites along the river. The winter ice harvest, grain milling technology, a key supreme court decision regarding toxic waste disposal, a small-town circus, a scheme to link the Great Lakes to the Mississippi River by canal, the murder of a Chicago mobster, controversies over race and social class in Waukesha County's lake country, community efforts to clean up the river and restore a marsh, visits to places associated with the work of important Wisconsin writers - these and many other stories belong to the Bark River chronicles.

For the two voyageurs who paddle the length of the Bark, it is a journey of rediscovery and exploration. As they glide through marshes, woods, farmland, and cities, they acquire not only historical and environmental knowledge but also a renewed sense of the place in which they live. Maps and historical photographs help the reader share their experience.

Milton J. Bates has lived most of his life in Wisconsin. After completing a doctorate in English at the University of California–Berkeley, he taught at Williams College and Marquette University, retiring in 2010. He has held a Guggenheim Foundation Fellowship and Fulbright lectureships in China and Spain. His previous books include studies of the poet Wallace Stevens and of the Vietnam War. He lives with his wife in the Upper Peninsula of Michigan.