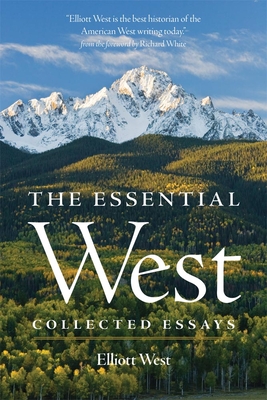 By Elliott West, Richard White (Foreword by)
Email or call for price.

Drawing from the past three centuries, West weaves the western story into that of the nation and the world beyond, from Kansas and Montana to Haiti, Africa, and the court of Louis XV.

Divided into three sections, the volume begins with conquest. West is not the first historian to write about Lewis and Clark, but he is the first to contrast their expedition with Mungo Park's contemporaneous journey in Africa. "The Lewis and Clark expedition," West begins, "is one of the most overrated events in American history--and one of the most revealing." The humor of this insightful essay is a chief characteristic of the whole book, which comprises ten chapters previously published in major journals and magazines--but revised for this edition--and four brand-new ones.

West is well known for his writings about frontier family life, especially the experiences of children at work and play. Fans of his earlier books on these subjects will not be disappointed. In a final section, he looks at the West of myth and imagination, in part to show that our fantasies about the West are worth studying precisely because they have been so at odds with the real West. In essays on buffalo, Jesse James and the McMurtry novel Lonesome Dove, West directs his formidable powers to subjects that continue to shape our understanding--and often our misunderstanding--of the American West, past and present.