Above The Fries (Paperback) 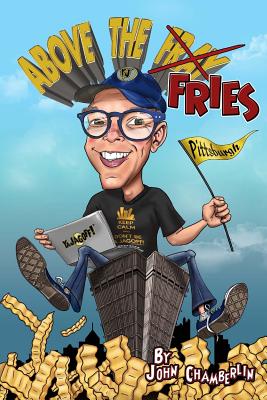 By John Chamberlin
$14.99
OUT OF STOCK - Please Allow Extra Time

Everything "Pittsburgh" has fries on it...salads, sandwiches whatever This book is a culmination of silly, stupid and ign'ernt stories of jagoffery from the Pittsburgh blog, YaJagoff.com. For those who are not familiar with term Jagoff, it refers to stupid politicians, awful sports officials, dumb criminals, bad drivers, ignorant people and so on. However, it is not a swear word, and in fact, it is sometimes used as a term of endearment. Through this series of rants about "Jagoffs" from all walks of life, Chamberlin writes with passion about Pittsburgh and his love of "The Steel City," and he has even developed a cadre of worldwide "YaJagoff Catchers" who submit their own rantings from wherever they live, which he posts on his site. If you live in Pittsburgh, lived in Pittsburgh or just love anything Pittsburgh, this is the book for you .

Born and raised in the Pittsburgh area, loyal denizen John Chamberlin has carved out a niche writing and talking about Jagoffs, i.e. stupid politicians, awful sports officials, dumb criminals, bad drivers, ignorant people and so on. Some outside the "Burgh," might mistake the word Jagoff for a swear word, but it is not. In fact, it is even used at times as a term of endearment. In his effort to teach the world about the meaning of the term Jagoff, Chamberlin has launched a campaign to add the word to the dictionary. His efforts have received support from Pittsburgh celebrities, local media and the Mayor. When he is not trying to alter vocabulary as we know it, Chamberlin writes with passion about Pittsburgh's love of its sports teams. He brings to life the color of "The Steel City" on his blog www.YaJagoff.com which reaches both present, past and wannabe Pittsburgh-area citizens. He has developed a cadre of worldwide "YaJagoff Catchers" who submit their own Jagoff finds which he posts on his site. When not writing on his own blog, Chamberlin writes for the popular online magazine, HumorOutcasts.com. He also speaks about social media and its importance in developing a brand--even a Jagoff brand.