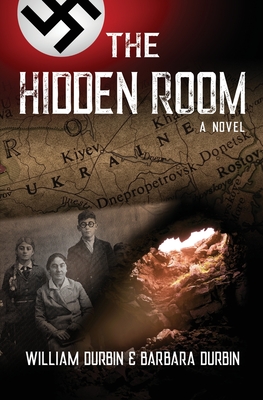 Could you survive in a cave...for a whole year?

That's the challenge facing fourteen-year-old Stepan. Set in Ukraine during the final months of World War II, THE HIDDEN ROOM is based on the true story of a Jewish family who escapes from the Nazis by taking refuge in a remote cave. Stepan adjusts to the hardships of living underground and the dangers of night-time adventures outside the cave. Food is scarce. Darkness, bone-chilling cold, and the fear of being captured are constant. But a surprising discovery gives his family reason to hope.

Bringing young readers back to this time of terror, THE HIDDEN ROOM reveals little-known but vivid historical details of Ukraine, including Stalin's brutal pre-war campaign of forced starvation, known as the Holodomor. You will celebrate the courage of a family who stays positive, even in the face of adversity that threatens their survival.

William Durbin, winner of the Great Lakes Book Award and two Minnesota Book Awards, is the author of fourteen historical novels, including THE BROKEN BLADE; WINTERING; BLACKWATER BEN; DEADMAN'S RAPIDS, co-authored with his wife, Barbara; THE DARKEST EVENING; and three books in Scholastic's My Name is America Series.