What They Found: Love on 145th Street (Library Binding) 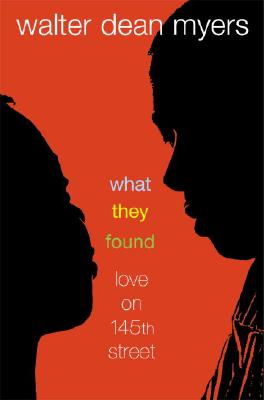 WALTER DEAN MYERS returns to the world of 145th Street: Short Stories to show how love can be found, and thrive, in the most unlikely places. Curtis finds love in Iraq as he struggles to stay alive in a war he doesn't want to fight, and Letha discovers her own beauty in the love of her child. There is the "good daughter" who realizes that there's only one way to help her brother and her family. Other stories center on the daily drama of the Curl-E-Que beauty shop, or capture the slapstick side of passion.

Starred Review, School Library Journal, August 2007:
"Rich in both character and setting, these urban tales combine heartbreak and hope into a vivid tableau of a community. A priority purchase for all libraries, especially those in urban settings."
—Chris Shoemaker, New York Public Library

Starred Review, The Bulletin of the Center for Children's Books, November 2007:
"Grippingly honest ... an extensive and multifaceted look at the culturally nuanced dynamics of finding, holding, and letting go of love."