Too Loud A Solitude (Paperback) 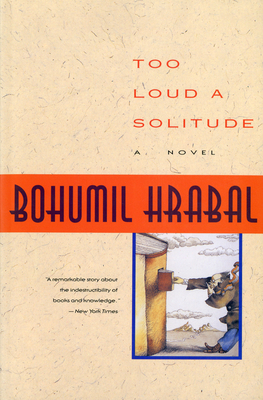 Too Loud a Solitude is a tender and funny story of Hanta––a man who has lived in a Czech police state––for 35 years, working as compactor of wastepaper and books. In the process of compacting, he has acquired an education so unwitting he can't quite tell which of his thoughts are his own and which come from his books. He has rescued many from jaws of hydraulic press and now his house is filled to the rooftops. Destroyer of the written word, he is also its perpetrator.

But when a new automatic press makes his job redundant there's only one thing he can do––go down with his ship.

Bohumil Hrabal (1914–1997) was a Czechoslovakian writer. He was the author of Closely Watched Trains, which gained an international audience both as a novel and as a film, and I Served the King of England.