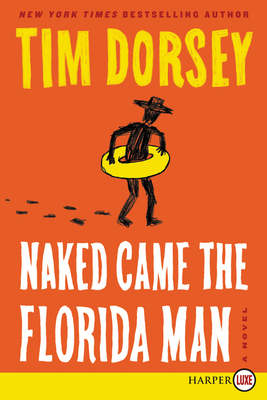 "The newest laugh-out-loud adventure of vigilante Serge A. Storms and his partner in crime, Coleman, on the hunt for justice in the Sunshine State. This time, the pair sets out to investigate an urban legend—with hilarious and rollicking results."
— Newsweek on Naked Came the Florida Man

"Dorsey’s latest in the humorous crime fiction category highlights that outrageous brand of Florida humor. With chaos always at his side, Serge A. Storms is back, and this time, he’s on a cemetery tour across the state, investigating an urban myth that just might be real and causing mayhem along the way."
— Parade on Naked Came the Florida Man

"Readers with an appetite for gallows humor will be sated." — Publishers Weekly (starred review) on Naked Came the Florida Man