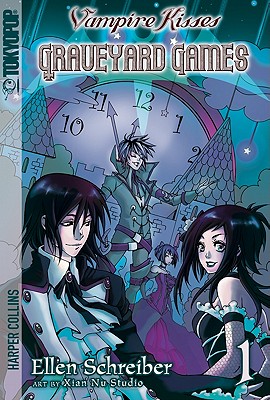 By Ellen Schreiber, Xian Nu Studio (Illustrator)
$10.99
OUT OF STOCK - Available To Order

Things might finally be back to normal for Raven and Alexander—as normal as they can be for a goth teen in a small town andher dreamy vampire boyfriend. But the secretive couple soondiscovers that Alexander’s now full-blooded vampire cousinClaude and his friends are still lingering in Dullsville. And whenthey all become involved in the same local production of Cinderellathat Raven is pushed into costume designing, once again theirworlds collide. Raven suspects Claude and his dubious crew mustbe up to something, especially when Claude shows interest in theplay’s leading lady. Can Raven and Alexander keepa close watch on the gang and still makesure the curtain rises on opening night?