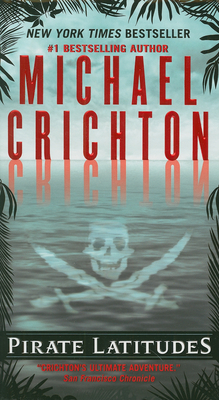 #1 New York Times bestselling author, the incomparable Michael Crichton (“One of the great storytellers of our age” —Newsday) takes to the high Caribbean seas for an irresistible adventure of swashbuckling pirates, lost treasure, sword fights, duplicity, and hair-breadth escapes in the New World.

“Offers unexpected turns and plenty of yo ho ho’s.” — Richard Eisenberg, People (3 out of 4 stars)

“The plot sucks you in like the giant kraken monster that nearly sinks our hero’s galleon.” — Benjamin Svetsky, Entertainment Weekly