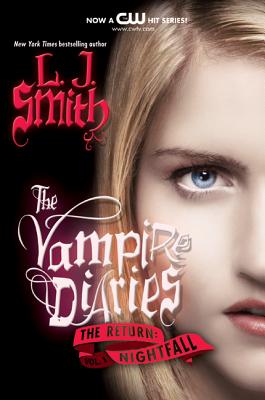 Elena Gilbert is back from the dead, but she’s come back changed—with newfound powers and blood that is irresistible to vampires, including Stefan and Damon Salvatore, the two vampire brothers who love her. Unfortunately, it’s not just vampires who are drawn to her. Darkness is infiltrating her hometown of Fell’s Church and is taking over the minds of young girls. Even worse, a demon has taken possession of Damon, causing him to turn on his brother, Elena’s friends, and even on Elena herself.

The Return: Nightfall is perfect for fans of the hit CW TV show The Vampire Diaries, as well as fans of the original New York Times bestselling series who can’t wait to see what happens next with Elena, Stefan, and Damon.

L. J. Smith has written over two dozen books for young adults, including The Vampire Diaries, now a hit TV show. She has also written the bestselling Night World series and The Forbidden Game, as well as the #1 New York Times bestselling Dark Visions. She loves to walk the trails and beaches in Point Reyes, California, daydreaming about her latest book.