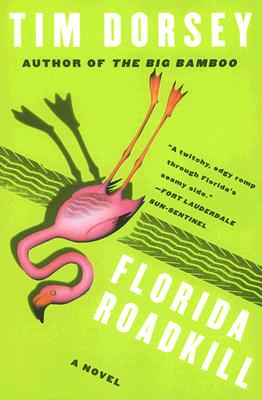 This is book number 1 in the Serge Storms series.

On the other hand, there's Sean and David, who love fishing and are kind to animals -- and who are about to cross paths with a suitcase filled with $5 million in stolen insurance money. Serge wants the suitcase. Sharon wants the suitcase. Coleman wants more drugs . . . and the suitcase. In the meantime, there's murder by gun, Space Shuttle, Barbie doll, and Levi's 501s.

In other words, welcome to Tim Dorsey's Florida -- where nobody gets out unscathed and untanned!