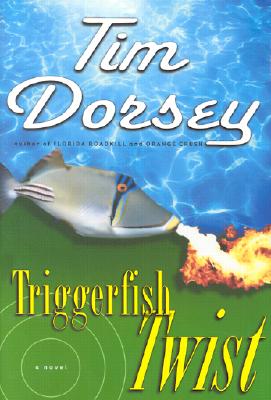 A &#8220brilliant satirist” (Providence Journal), the author of Florida Roadkill and Orange Crush delivers more murder and mayhem in the wacky world of Florida

Transferred to Tampa, mild-mannered Midwestern family man Jim Davenport thinks his new tropical villa home is a slice of heaven—until he encounters his new neighbors, a crazy collection that includes none other than Serge Storms and his incomparable cohorts Coleman and Sharon.

It all becomes too much for Jim, and before the former farm boy knows it, he’s gone and killed the youngest of the infamous McGraw Brothers—newly released ex-cons eager for revenge. As the calendar moves toward July Fourth, Jim and company will meet up in a spectacular extravaganza sure to be the biggest blowout Tampa has ever seen!